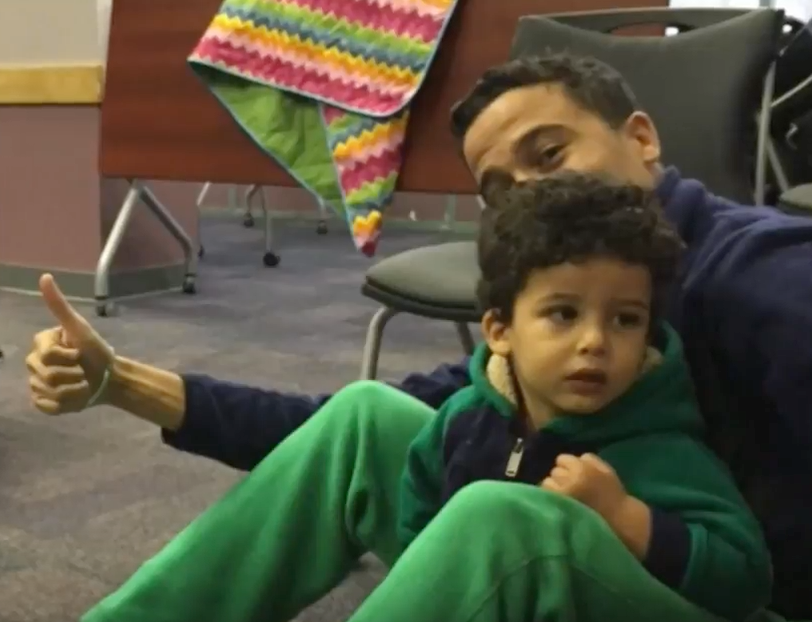 In the following video you will meet Rachid Baraoui, 31, a young, married father originally from Morocco. Over the last year and a half, Rachid has been attending TFP’s Dads & Kids Activity Group at MGH Revere Health Center with his now two-year-old son Youssef. Having grown up with a typical Moroccan father who rarely took time away from work to parent, Rachid’s initial approach to fatherhood was a fearful one. Uncertain about his ability to care for his young son, Rachid and his wife, Majda, describe the poignant role the Dads & Kids Group has played in his becoming the confident father he is today.

TFP’s Father Stories series presents personal stories from the front-lines of fatherhood. Individual fathers and the professionals who work with them describe their experiences, and help us learn about the joys, difficulties and requirements of the work of fatherhood. If you have a story to share, contact us.