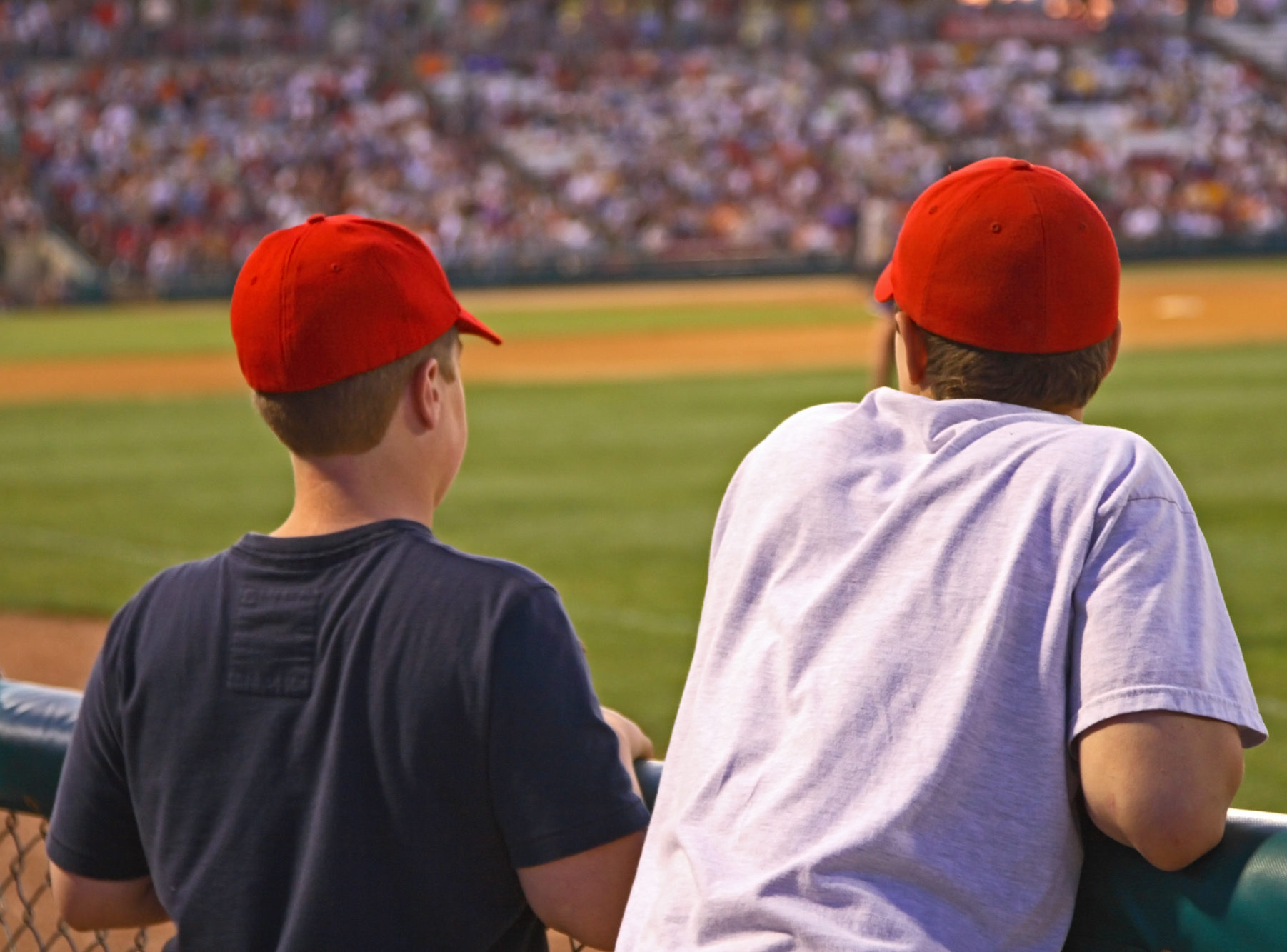 Trips to Yankee Stadium with my dad were among my most vivid childhood memories.  When it came time for the stadium to close in 2008, I was determined to relive the experience with my then eight-year-old son – even if he wasn’t a baseball fan.

For a Yankee fan growing up with the bad teams of the late ‘60s and early ‘70s, talk of the glory days of yore seemed as remote as a Model T. But that didn’t tarnish the excitement of trips to Yankee Stadium with my dad.

There was still some memorable baseball to be enjoyed. Like the 1970 doubleheader (remember doubleheaders?) in which Yankee center fielder Bobby Murcer tied a major league record by hitting home runs in four consecutive at bats. Before that was the thrill of seeing Mickey Mantle in his twilight, even if injuries and hard living snuffed out his greatness too soon.

Past triumphs seemed most real during the annual Old Timers’ Day, which we never missed. The likes of DiMaggio, Berra, and later Mantle, would play a two-inning exhibition. When some of the old glory was recaptured in the late 70s, Yankee owner George Steinbrenner chose Old Timers’ Day in 1978 to announce Billy Martin’s first of many returns as Yankee manager.

Knowing that the old Yankee Stadium would close its doors after the 2008 season, I was determined to share a similar experience with my then-eight year old son before time ran out. Unlike me, the only real pleasure Michael takes from baseball is in my frustration with increasingly frequent Red Sox victories over the Yankees.

One night that summer, I learned that the following day was Red Sox day at Michael’s Cub Scout camp. What greater indignity could befall a Yankee fan than a last-minute dash to Marshalls for a Red Sox hat and t-shirt? Later, he gleefully regaled me with stories of how the festivities included using a Yankee logo as the bulls-eye during BB gun target practice.

The first evidence of just how much things had changed in 40 years came in March of 2008, when I discovered that every weekend home game was virtually sold out. Clearly, I wasn’t the only one determined to make one last pilgrimage. The product on the field may have started to look alarmingly like those teams I grew up with, but it was still good to be the Yankees.

I had just about given up when a life-long friend who still lives in our Connecticut hometown tracked down six tickets. His family, Michael and I (my wife and daughter wanted no part of it) would be going to a game after all.

He even got the tickets for face value. My dad paid $4.50 per ticket for box seats to be among a very intimate group of fans in 1966 and ’67. For “The Final Season” the Yankees were so masterfully promoting, face value meant $95.

If nothing else, Michael enjoyed the elevated subway ride to the Stadium. Once inside, he took an immediate interest in the concessions. I lost two innings finding the one stand that sold a precious few french fries for $5 – anything to make the day special. After a couple of $4.75 hot dogs, a $10 beer (for me), $5 peanuts, another $5 for lemonade and $4.50 for cotton candy, I remembered why my dad packed us sandwiches.

His appetite temporarily sated, Michael settled in for what began as a quick, low-scoring game – great for a fan, not so much for a marginally interested eight-year-old. By the end of the sixth inning, he announced he was bored and asked when we could go. This triggered one of those self-critical parental crises: Did the importance I attached to this experience have more to do with reliving my own childhood than with his?

This triggered one of those self-critical parental crises: Did the importance I attached to this experience have more to do with reliving my own childhood than with his?

Then a funny thing happened. The Yankees tied the game, bringing the crowd of more than 50,000 to life. An unremarkable game turned into a 13-inning battle, capped by a two-out walk-off hit. Michael spent the last six innings on his feet. The image of my friend’s son was even projected on the Jumbotron, and I felt vindicated.

Standing on the subway platform after the game, I called my 89-year-old father to tell him about it. Like any good child of the depression, his first words were, “you really paid $10 for a beer?”

Yankee Stadium is gone, but I’m at peace with it.