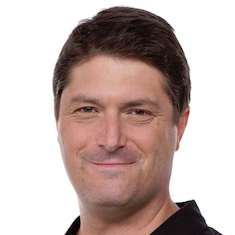 The State of Fatherhood Today

(And Why it Matters to Schools)

Findings from the rapidly growing science of early childhood and brain development show that a father’s active participation and emotional engagement with his children leads to improved social, emotional, behavioral, and academic outcomes. The research confirms that a father’s emotional engagement — not the amount of time fathers spend with children, rather how they interact with them — leads to multiple positive outcomes, and serves as a significant protective factor against high risk behaviors in both girls and boys. This holds true for resident and nonresident fathers alike. For example:

At The Fatherhood Project at Massachusetts General Hospital, we believe that educators working with families in schools have an unprecedented opportunity to utilize these important findings and dispel the myth that fathers are somehow unimportant or unnecessary to raising healthy children. Our work with schools focuses on:

*The words ‘dad’ and ’father’ are meant to be inclusive of any adult primary or
significant caregiver, including but not limited to stepfathers, uncles, mentors, grandfathers, etc. 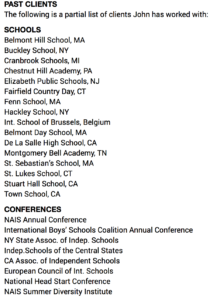 John Badalament is the Director of Programs at The Fatherhood Project at MassachusettsGeneral Hospital. He is the author of the acclaimed Modern Dad’s Dilemma: How to Stay Connected with Your Kids in a Rapidly Changing World and director of the PBS documentary All Men Are Sons: Exploring the Legacy of Fatherhood. His work has been featured on ABC News, National Public Radio and in Men’s Health, The Boston Globe, Los Angeles Times, Huffingtonpost.com, and Independent School.

Over the last two decades, John has spoken and consulted internationally in schools, government agencies, and nonprofit and private-sector organizations. For the last three years, John has been recognized in the New York Times by Endabuse.org for his commitment to ending violence against girls and women.

With a Master’s degree from the Graduate School of Education at Harvard University, he has worked in independent school settings as a counselor, teacher, and dean of students. He lives with his wife and two school-aged children outside of Boston.