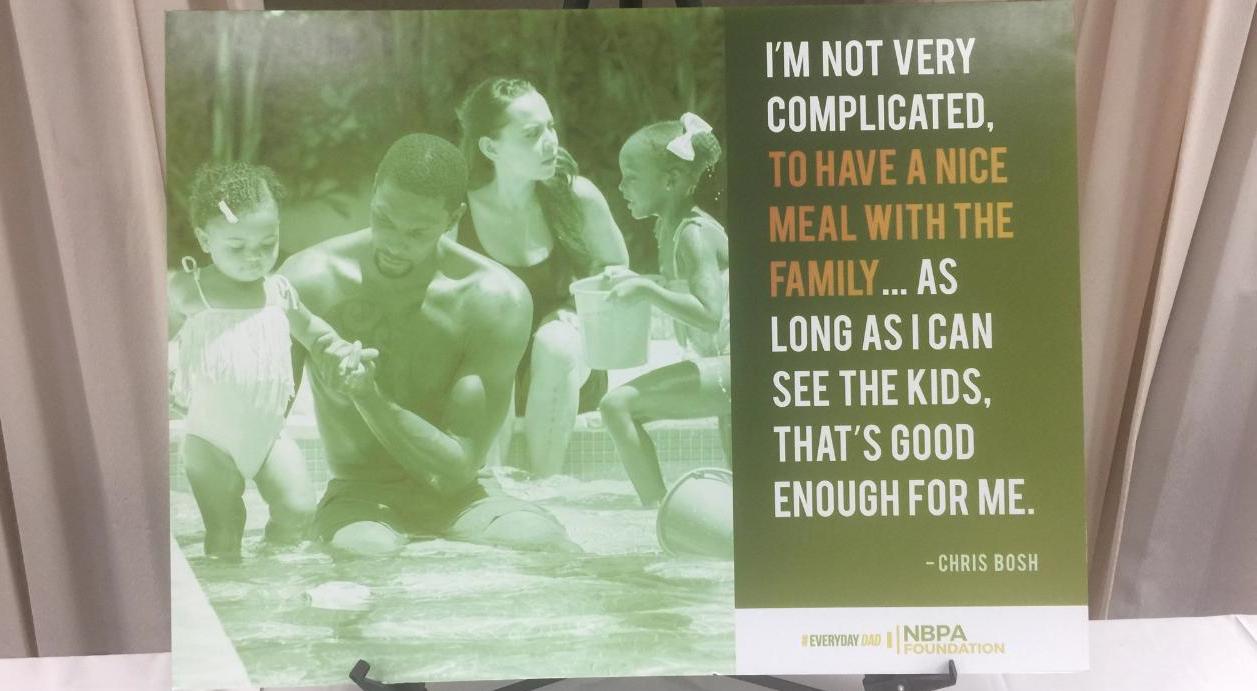 Thanks to a shared interest in encouraging engaged fathers, The Fatherhood Project has recently partnered with the National Basketball Player’s Association Foundation (NBPA) to create resources for fathers and promote active fatherhood in Massachusetts and in NBA cities across the country. We are excited and pleased to have such a strong partner, because, as the NBPA Foundation states on their website “Fathering is influenced by culture, which must support and reinforce messages and behaviors that lead to fathers taking active roles in the healthy development of their children. This requires deliberate actions and messages that tell stories of fathers engaging with their children.”

For their part, NBPA has launched the #everydaydad series, which “tells stories about NBA players – from their childhood to their child’s birth – in order to celebrate fathers and fatherhood and provide inspiration for legions of fans to celebrate their own relationships with their dads and their kids.” They are also collaborating with fatherhood organizations (like TFP) around the country to enhance our work and impact a larger audience. 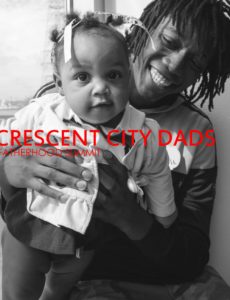 Part of the NBPA’s work promoting engaged fathers includes sponsoring fatherhood conferences, such as the Crescent City Dads Fatherhood Summit in New Orleans this past Friday. The Summit was hosted by Crescent City Dads, which is a joint effort between NOLA FOR LIFE and Healthy Start New Orleans to give fathers the tools and support they need to be the best dads for their kids.

I had the opportunity to lead a panel on Engaged Fatherhood there, and was pleased to be joined by two fathers of NBA players, Charles Paul (father of Chris Paul) and Karl Anthony Towns, Sr. (father of Karl Anthony Towns, Jr.). These two fathers have helped to raise not only great professional basketball players, but great men, and are working to impact men outside of their own families as well. They are part of an organization called Fathers and Men of NBA Players to demonstrate the importance of fatherhood and to reach out to players who have no relationship with their own fathers.

I enjoyed my time getting 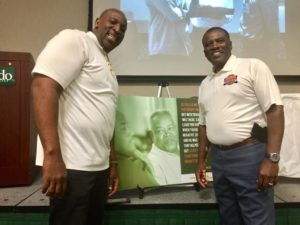 to know Mr. Towns (left) and Mr. Paul (right). They are both outspoken, confident champions of engaged fatherhood. They shared their personal family histories in an intimate way. They revealed their commitment as fathers to raising children who believe in education, responsibility to others and a strong internal moral sense. Despite significant financial pressures in their early lives as fathers, leading them to work two jobs, they were strong voices in their children’s lives. We share the mission of emphasizing the importance of fatherhood with men and teaching future fathers they can “change the world” through emotional engagement. We know through research that children’s outcomes improve emotionally, socially, academically and behaviorally when fathers are involved.

TFP is excited to have connected with such dedicated organizations that share our mission, and we are looking forward to future collaboration. Look for more info about #everydaydad, Crescent City Dads, NOLA FOR LIFE, and Healthy Start New Orleans on our social media channels as we share throughout the month.