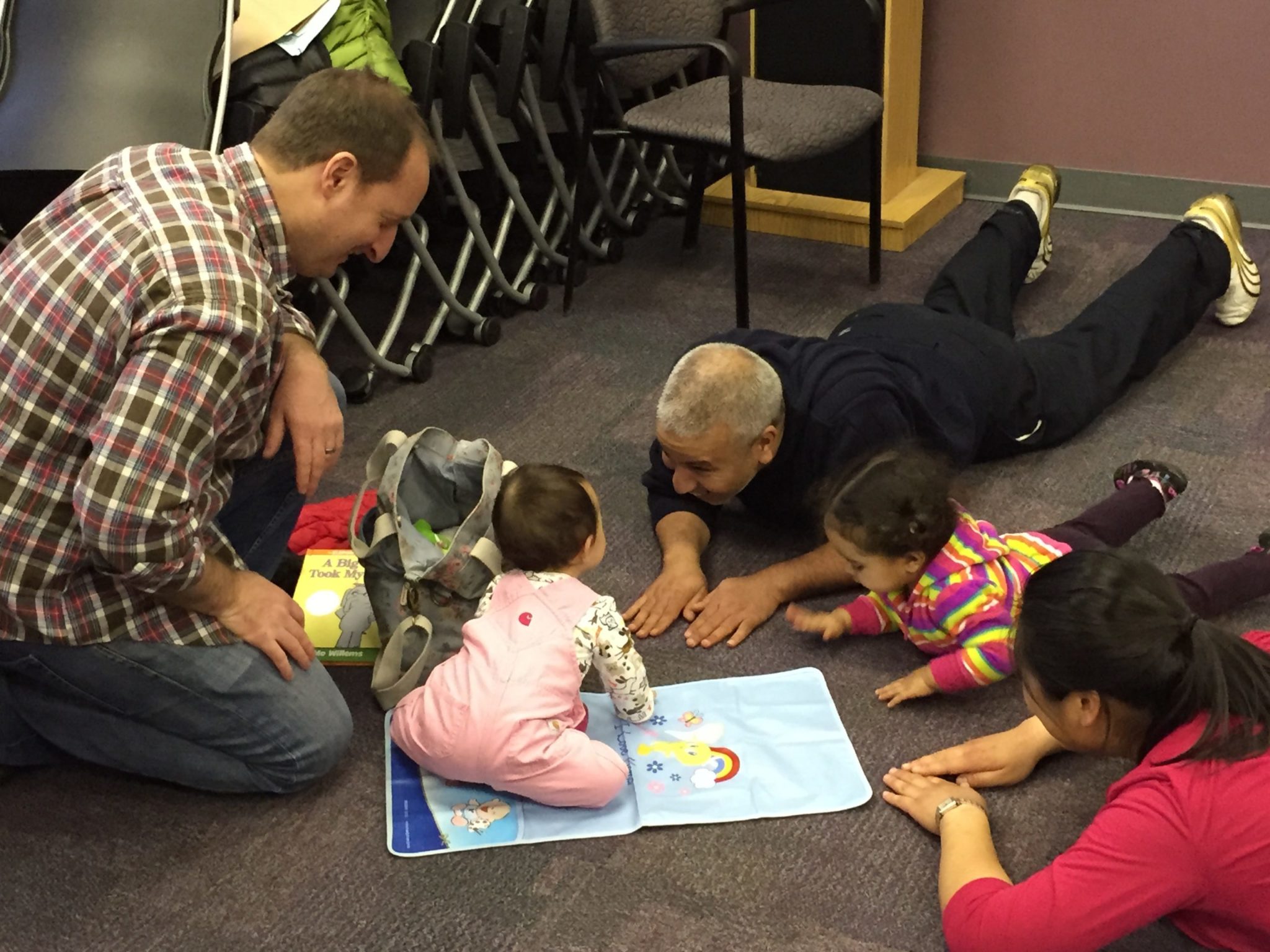 The video below was taken during free-play at The Fatherhood Project’s Dads & Kids Saturday Activity Group at MGH Revere Health Center. Later in the session, during our ‘Dads-Connect’ segment of the group, the children did an activity with staff while the dads gathered around a table to view the video. I briefly introduced the concept of Serve and Return using the following definition from Harvard’s Center On The Developing Child:

Science tells us that serve and return interactions are essential to the development of brain architecture. When adults interact with children in a caring, responsive way, they help build and reinforce neural connections in a child’s brain that support the development of important cognitive, social, and language skills. If an adult’s responses are consistently unreliable, inappropriate, or simply absent, children may experience disruptions to their physical, mental, and emotional health.
http://developingchild.harvard.edu/resources/serve-return-interaction-shapes-brain-circuitry

The emphasis of our viewing, I informed them, was to pay close attention to the positive interaction, the back and forth, the serve and return, between the dad and his daughter. Specifically, I asked them to watch for what she served and how he returned it. The overall emphasis in this session was the importance of paying attention, focusing and being present for your children so you can see what they serve and respond accordingly. By pointing out the positive micro-interactions in the video, the aim was to strengthen all of the dads’ understanding of interactions with their children.

Watch the video and see how you do describing the ways this dad is attuned to what his daughter is “serving” him. Our thoughts are below.

The following is a combination of points made by the group of dads, the two group leaders, (Lindsay Dibona, LICSW and myself) and Dr. Ray Levy after viewing the video:

Research on parent/child emotional connection and the development of complex brain circuitry teaches us that a parent’s capacity to understand and match, a child’s serve–her affect and approach to play– builds the neural circuitry and leads to the development of important cognitive, social and language skills.

We hope you can use this video demonstration and brief discussion for the benefit of your child’s growth.

One response to “Dads and Kids Connect: The Serious Business of Play”